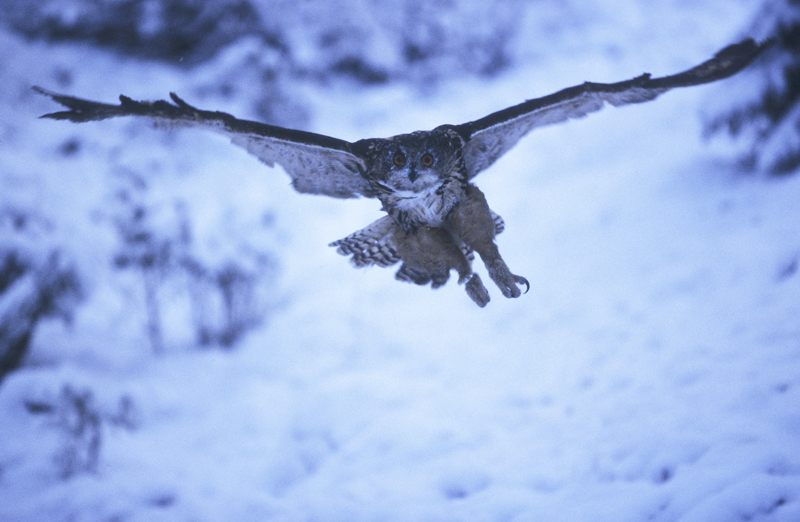 The Eurasian eagle owl is the king of the wilderness night and the largest of our owls.
There are several places in Kuusamo named after the bird, which indicates that the bird was
very common those days, when maps were made and places were named.
It is still a common species in Kuusamo, but we rarely know the locations of their nests.
There are a few nests around Ruka, but otherwise they are well hidden.
They also take so called ‘gap years’ in nesting. They do stay in their regular spot but skip
the nesting part because of a poor food situation.